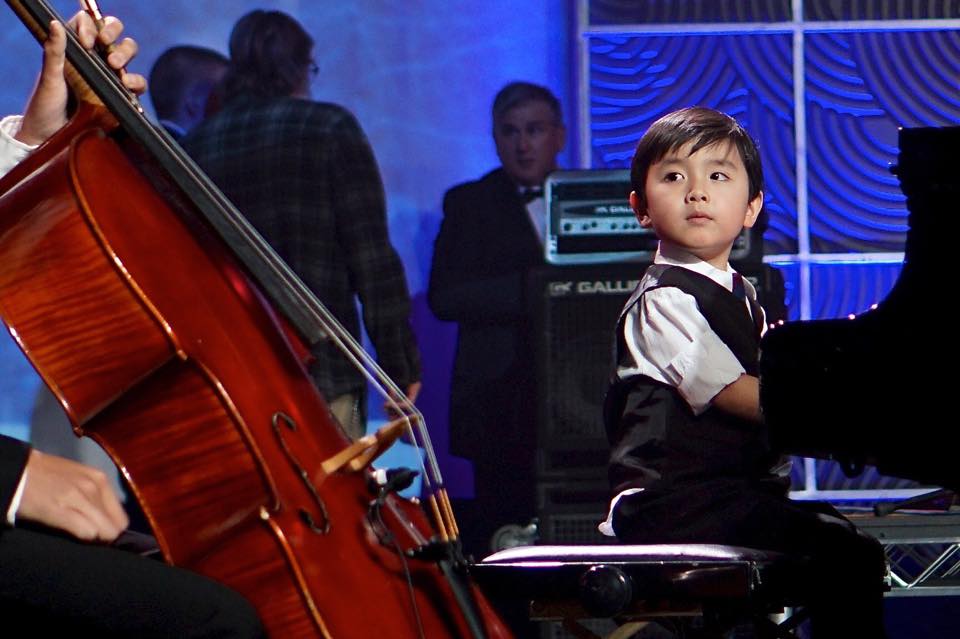 Evan Lê is a young pianist who loves to create his own music. At 4.5 years old, while learning Mozart’s twelve variations on “Ah, vous dirai-je, Maman,” Evan came up with two variations of his own. At 5 years old, Evan won his first piano competition playing Mozart Concerto No. 8 in C major, which included his own cadenza. Last summer Evan went to a concerto festival in Europe and played all three movements of Mozart Concerto No. 21 in C Major. This performance was more noteworthy because Evan wrote all cadenzas for the First and Third Movements. Most recently, he wrote a piano composition titled “Drum Dance” which was based on a Vietnamese folk tune.

Away from the piano, Evan is a normal boy. He has his favorite pet (pug-lover, anyone?) and enjoys sports (soccer), books (Harry Potter), games (Zelda) and desserts (mint chocolate ice cream).